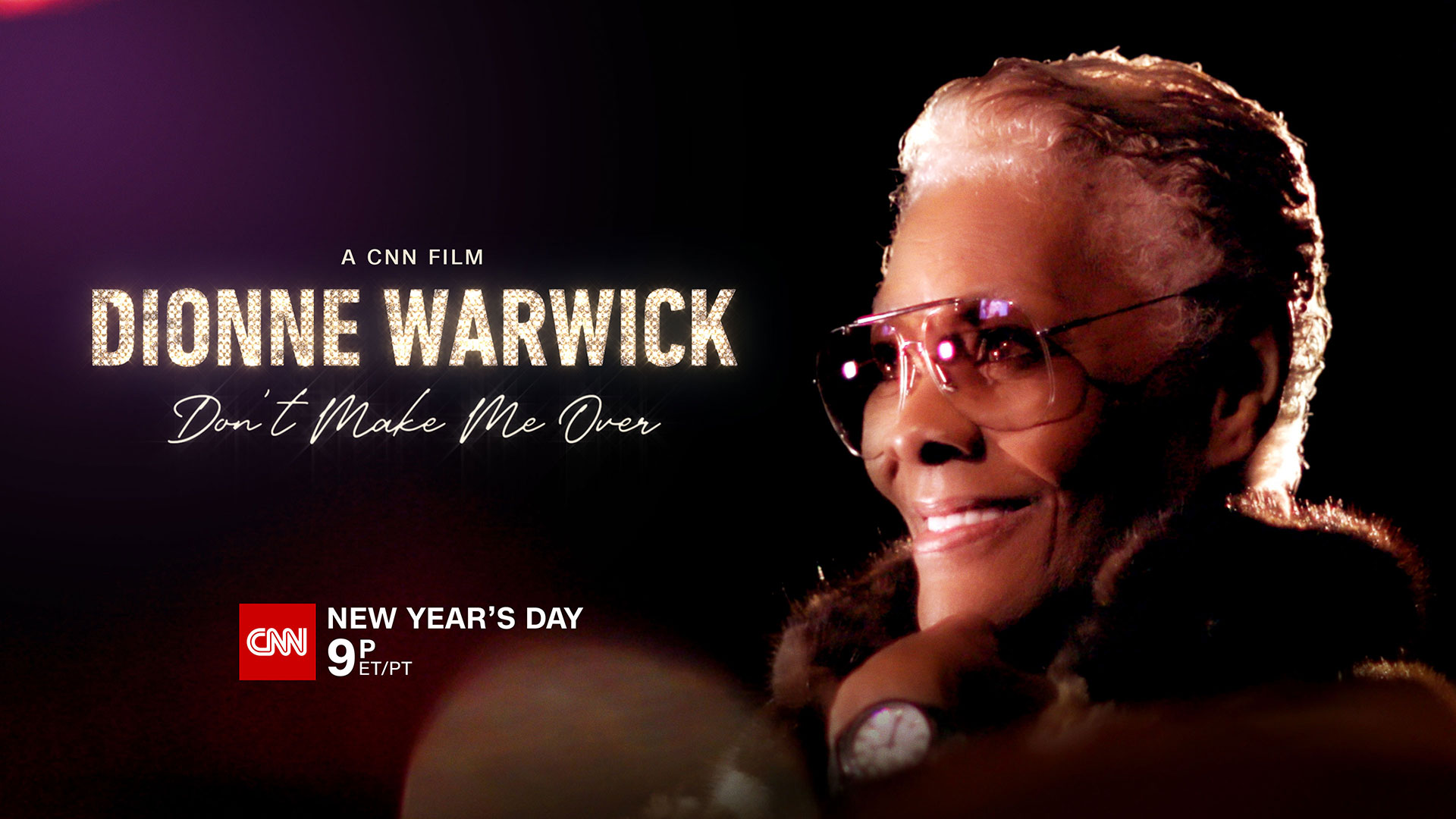 A CNN FILM
DIONNE WARWICK: DON’T MAKE ME OVER
DIONNE WARWICK: Don’t Make Me Over blends archival footage with personal photographs, and newsreels narrated mostly in Ms. Warwick’s own velvet-toned voice telling the story of her music and life. Her career has thrived despite fickle industry trends, and flourished through multigenerational social change. Along the way, Dionne Warwick has earned six Grammys, and remains a stalwart advocate and ally for racial equality and justice, women’s rights, and LGBTQ+ rights. The film includes the backstories behind the blockbuster hit songs: “That’s What Friends Are For,” “Do You Know the Way to San Jose?,” “Alfie,” “Heartbreaker,” “I Say A Little Prayer,” and so many more. Her grace, grit, and singular talent are reflected upon in exclusive interviews with her sons, Damon and David Elliott; music legends Burt Bacharach, Clive Davis, Snoop Dogg, Gloria Estefan, Barry Gibb, Berry Gordy, Elton John, Cissy Houston, Quincy Jones, Alicia Keys, Gladys Knight, Melissa Manchester, Olivia Newton-John, Smokey Robinson, Carlos Santana, Valerie Simpson, and Stevie Wonder; as well as commentary from former President Bill Clinton, philanthropist and designer Kenneth Cole, amfAR HIV/AIDS research advocate, Kevin Frost; and Rev. Jesse Jackson. The award-winning documentary feature is written, produced, and directed by Dave Wooley and directed by David Heilbroner.

We use cookies on our website to give you the most relevant experience by remembering your preferences and repeat visits. By clicking “Accept All”, you consent to the use of ALL the cookies. However, you may visit "Cookie Settings" to provide a controlled consent.
Cookie SettingsAccept All
Manage consent